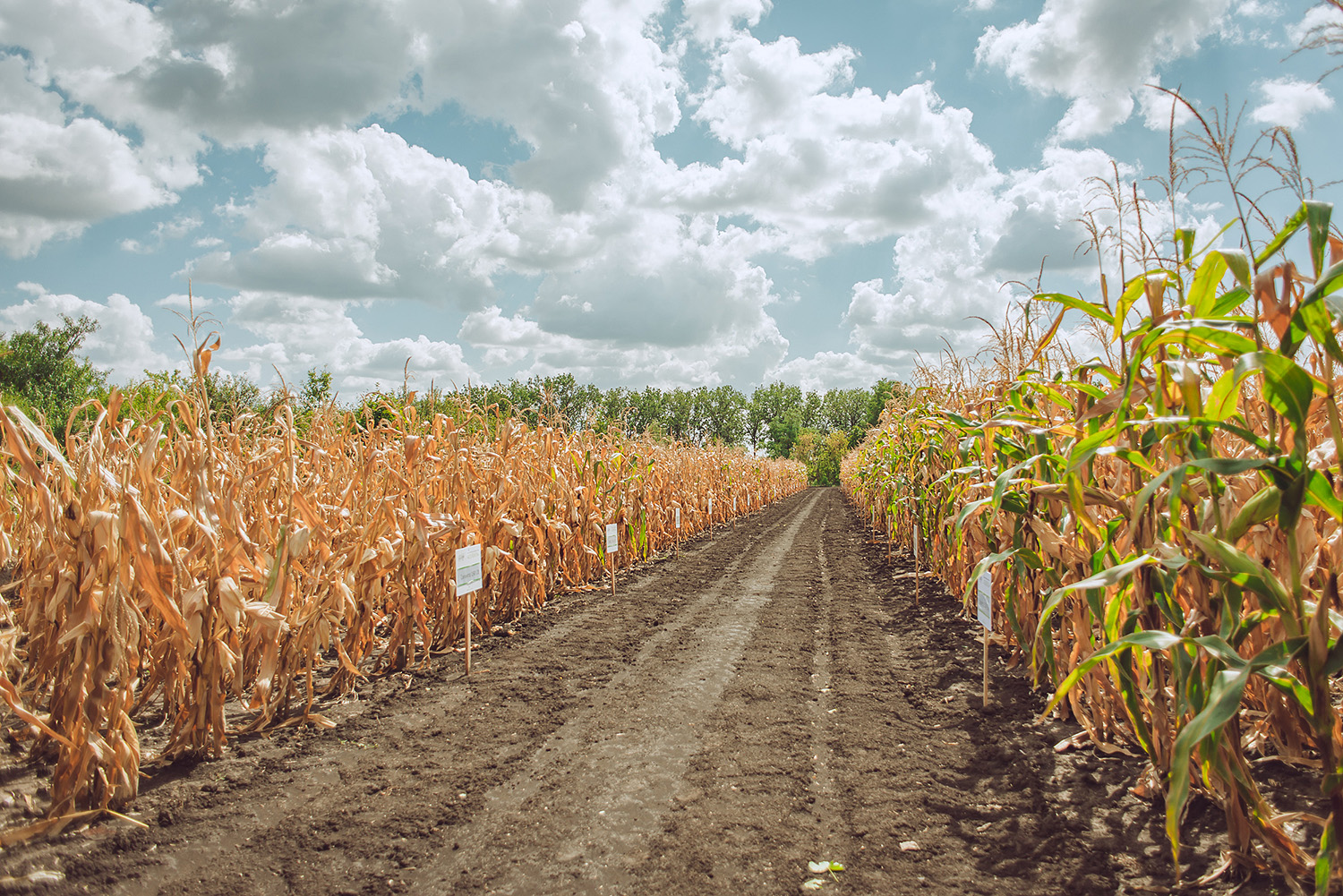 “SELEKTA“, challenged to the drought.

At the very end of August, the well-known in the Dnipropetrovsk region LLC Scientific and Production Commercial Firm “Selekta”, which is engaged in breeding new hybrids of maize, arranged a real holiday – Day of Field – in its demonstration grounds at once for two districts (Novomoskovskyi and Sinelnikovsky). First of all, the matter was about the successes and achievements of the Company, which contributes to the receipt of agrarians high yields of corn.

Among the participants there were agrarian leaders and farmers who already today get significant results using hybrids of Company “Selekta”, successfully overcoming excessive heat and drought, cherishing generous yields within a hundred or more centners per hectare.

In addition, it should be specially emphasized that 50 percent of the fields on which agrarians of the neighboring Republic of Belorussia are growing corn today are crops that are carried out by hybrid seeds of the Company “Selekta”. And not by chance: after all, Belorussiaian farmers only in recent years realized what it is – a drought. But how to deal with it in order to produce enough fodder grain for the needs of animal husbandry, did not know until they decided to grow large areas of corn hybrids of our selection. And for the fact that now almost 20 percent more livestock are kept than 2-3 years ago, they are grateful to Firm “Selekta”. Yield of corn within 80 or more centners per hectare is now the norm for Belorussiaian maize grower.

But today we are talking about the current Day of Field, where LLC Scientific and Production Commercial Firm “Selekta” invited first of al the managers and experts of agricultural enterprises, as well as farmers in Ukraine. This, according to the director of LLC “Yagodnoie” Sergei Maznitsa, it is very appropriate and “for a long time it was necessary to do just this.”
The enterprise, which is headed by Sergei Ivanovich Maznitsa, has given for the Company “Selekta” the field for the demonstration site. And the director of LLC “Yagodnoie” does not regret, because using the seeds of the Company “Selekta” for the fifth year already, he became convinced of how profitable they are.

– Firstly, the net economic benefit is obtained from the fact that seeds of the Company “Selekta” are not very expensive, they are available to all, without exception, modern agricultural enterprises in Ukraine, – explains Sergei Maznitsa.
– Secondly, the Company is increasingly creating a worthy competition to foreign hybrid selection. You see our crops. For this year – well, just great stems! And at the end of August, note, they are green, that is, the grain is now being plumped. Especially since the cobs are large and heavy. And now I will lead you through that strip of forest, there is the field of a neighbor farmer, who preferred a praised imported hybrid.
His field was burnt by the merciless heat, and already at the end of July it was dry. Now the corn rustles with empty “axils”…
Sergei Maznitsa is supported by agronomist farm “Grant” from the Tsarichanskyi district of the Dnepropetrovsk region Yurii Bovt. He says that the second year his farm buys only seeds of the Company “Selekta”, and already in this extremely unfavorable year the farm has emerged as the leaders of the district on productivity of corn.
And Vladimir Lisniak, who is privately engaged in the sale of corn seeds in the Aleksandrovskyi district of the Donetsk region, for his part speaks of another feature of the corn of Company “Selekta”: “We have already started harvesting of maize, and I am amazed that the grain does not require drying. At present deficiency and the current high cost of gas or fuel oil, this is no joke. Not a trifle!”.
Participants and guests, communicating, walk along the demonstration site, where have matured more than 20 maize hybrids, created by the Company “Selekta”. Here, first of all, those hybrids that have already successfully passed the state variety tests and entered in the State Register of Ukraine are presented. And the fact that all of them have withstood and in the literal sense survived this year’s heat test, can be seen, as in the palm of your hand, tall and sturdy stalks that seemed to have bypassed drought, large cylindrical cobs full of tooth-like grain.
Not surprisingly, finally, when Day of Field was nearing completion, the question of the farmer from Yuryevskyi district Alexander Slyuta unexpectedly sounded: “Which hybrid should I prefer? And in our Steppe zone, in particular? “. 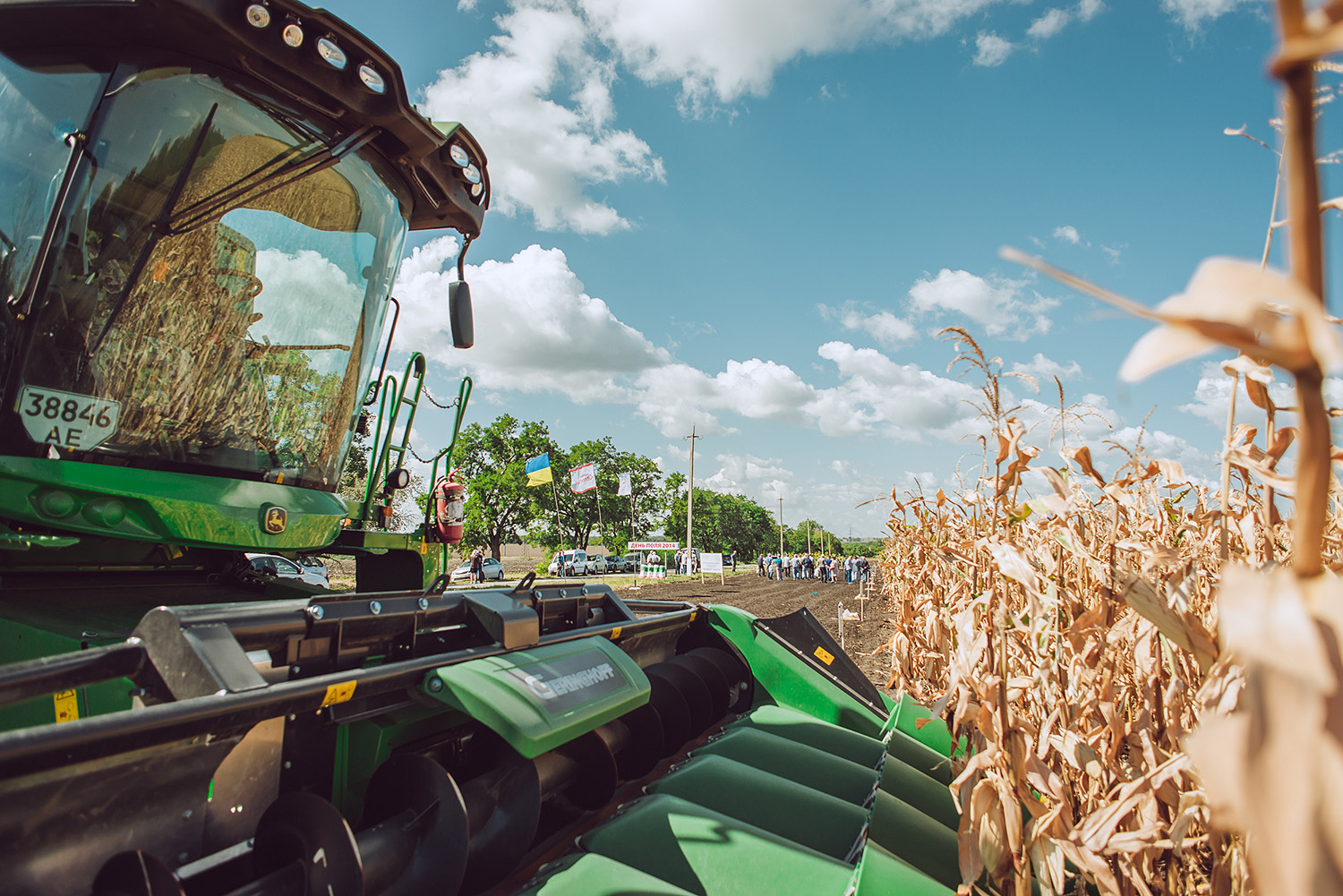 Other participants and colleagues began to prompt the farmer immediately who have already been cooperating with LLC Scientific and Production Commercial Company “Selekta” for several years. For at the demonstration site there are many hybrids that are well known to them. Among them, first of all, the early-ripening MOS 182 SV and the middle-early ripening Poltava and Lyuvena, MEL 272 MV and TAP 349 MV.
This list can be continued, but recently more and more supporters of such new hybrids, as Marshal and Korund, Zorin, Zernoslav and Ladoga. All of them, as specified by the organizers, are grain or universal use.
Hybrids differ fast initial growth, and also high stability of shoots to probable short-term spring cooling. The length of the cobs is 25-30 cm, and the weight of each thousand grains is from 250 grams, and more often from 280 to 300, and when the director of LLC Scientific and Production Commercial Firm “Selekta” Vladimir Fyodorovich Moskalenko called addresses of farms, both in the central, southern and northern regions of Ukraine, where grow maize of the mentioned hybrids, receiving 80, 100, 120 and 130 centners of grain per hectare, this those present were not surprised.
Domestic agricultural producers are sure: our breeders compete on an equal footing with their foreign counterparts. Especially considering that the Company “Selekta” has not only all the opportunities for growing, but also the possibility of fulfillment a full cycle for processing and producing high-grade hybrid seeds of maize with higher seeding conditions.
Company “Selekta” has good prospects for promotion to world leaders, especially given that it has not only all the opportunities for growing, but also the possibility of implementing a full cycle for processing and producing high-grade hybrid seeds of maize with higher seeding conditions.
True, the main selector of the company “Selekta” Vitalii Yakovlevich Melnik is ready to assess the potential of his enterprise a little more modestly. The fact that imported hybrids are praiseworthy, so no one, he says, refutes and does not deny. But the problem is, Vitaly Yakovlevich goes on to say, when the season for corn is ideal – and the sun, and heat, and rain just as much as it needs, no deviations and cataclysms – then foreign hybrids give us almost record yields. Higher than our hybrids.
But enough approach of little unfavorable summer, and, especially, anomalous, extreme, and even, more accurate, arid summer, and it turns out that our hybrids come out in the lead. As, for example, in this extremely hot year. Who succumbed to the temptation and purchased seeds of foreign selection for seeding, collected almost nothing, and who bought corn seeds of our selection – received 70-80 centners of grain per hectare!
– Our strictly scientific and breeding directions, our “trump cards” are the creation of drought-resistant hybrids,- Vitalii Yakovlevich asserts. Today, we consider this to be very urgent, and we are able to implement our achievements in the field of selection, offering hybrids of corn for all regions of the Ukraine. The hybrids which we create are characterized by a biological potential yield and, in spite of the drought, give from 120 to 200 centners of grain per hectare.
– In addition, the hybrids of the Company “Selekta” are also characterized by another extremely important feature – high moisture yield of grain on the eve of harvesting, – draws the line Vitalii Melnik. For further reliable storage, there is no longer any need to dry the grain, spending energy that is not cheap now. This is also appreciated by domestic agricultural producers, which closely cooperate with LLC Scientific and Production Commercial Firm “Selekta”.

Many participants of the Day of Field of the firm “Selekta” complained that they are forced to sow a little corn, since then try to sell it – then it no demand, and so also the prices are low.. And this, unfortunately, is truth. Domestic animal husbandry is reborn very slowly, the processing industries are also not in a better position, and it is more profitable for Ukrainian farmers to grow wheat and rape than the “Queen of the fields”.
If the average American today, figuratively speaking, eats products that are produced using corn, more than products that appear due to wheat grain, then the average European now does not consume a lot of those products, for the production of which, first of all, corn is needed.

So the great merit of the Day of Field – 2014, held by LLC Scientific and Production Commercial Firm “Selekta”, is that the Company convincingly argued for the urgent need for Ukrainian leaders to return to growing corn in considerable areas. The possibilities for this are simply enormous.
This conclusion was inspired by another “excursion” organized by the organizers of the Day of Field. This happened when guests were invited to inspect samples of hybrids at the so-called Competitive Test Site. That is, at the test site, where completely new hybrids are tested. There are about a hundred of them here. And also that the hybrid – then serious potential opportunities and benefits.
Director for production of LLC “Valena”, Zaporozhye district, Zaporozhye region, Vladimir Kozyryatskyi agreed with this. In the sense that “and take a hybrid that you want, even on joint tests with scientists – you will not be mistaken!”.
– In general, what do we need? – asked Vladimir Ivanovich and himself answered: -To get a guaranteed decent yield in any year, despite any weather! To reduce the costs, and profit more! Is not it? And as he summed up the line: – Hybrids of the Company “Selekta” just provide us with guaranteed incomes and high yields! 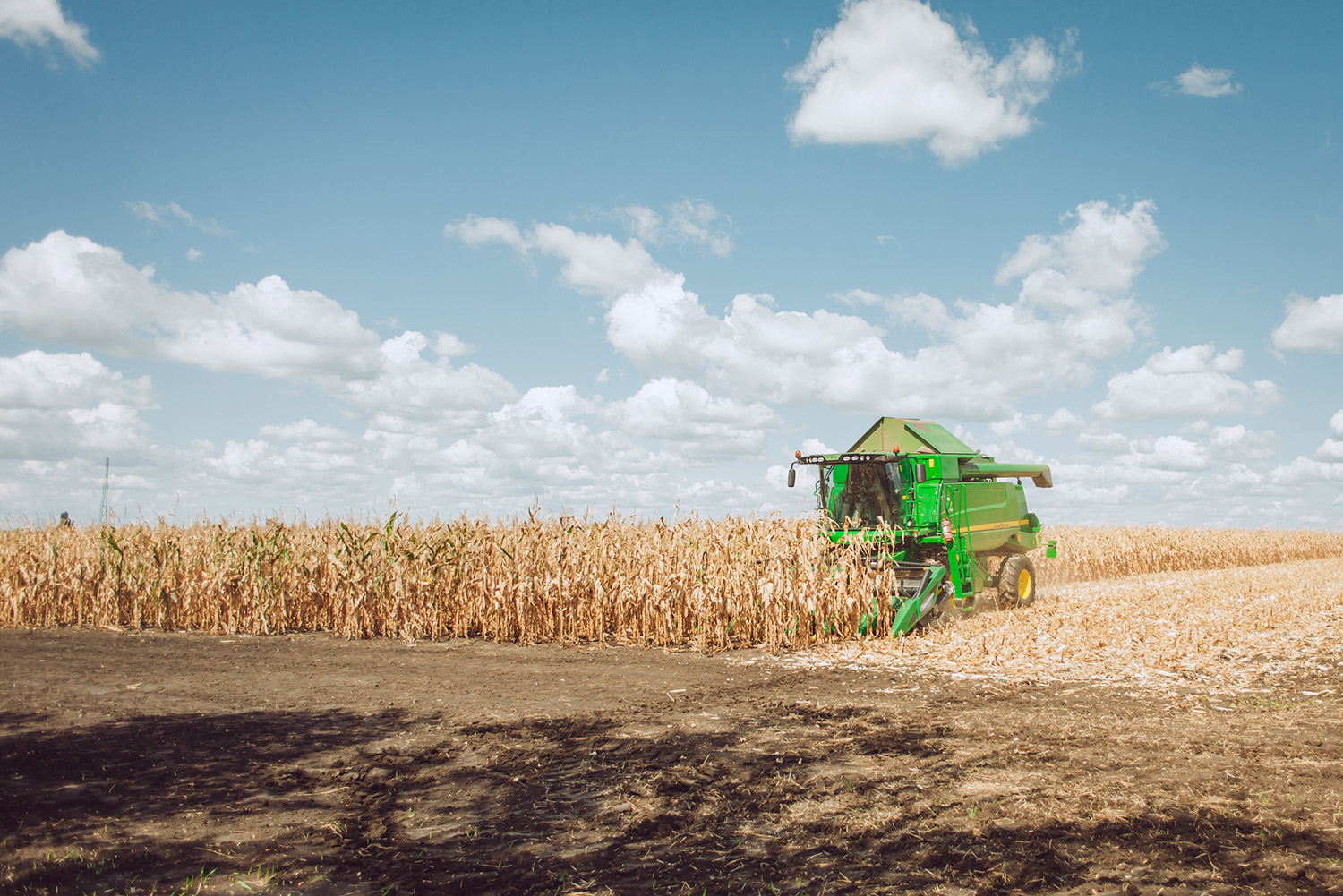