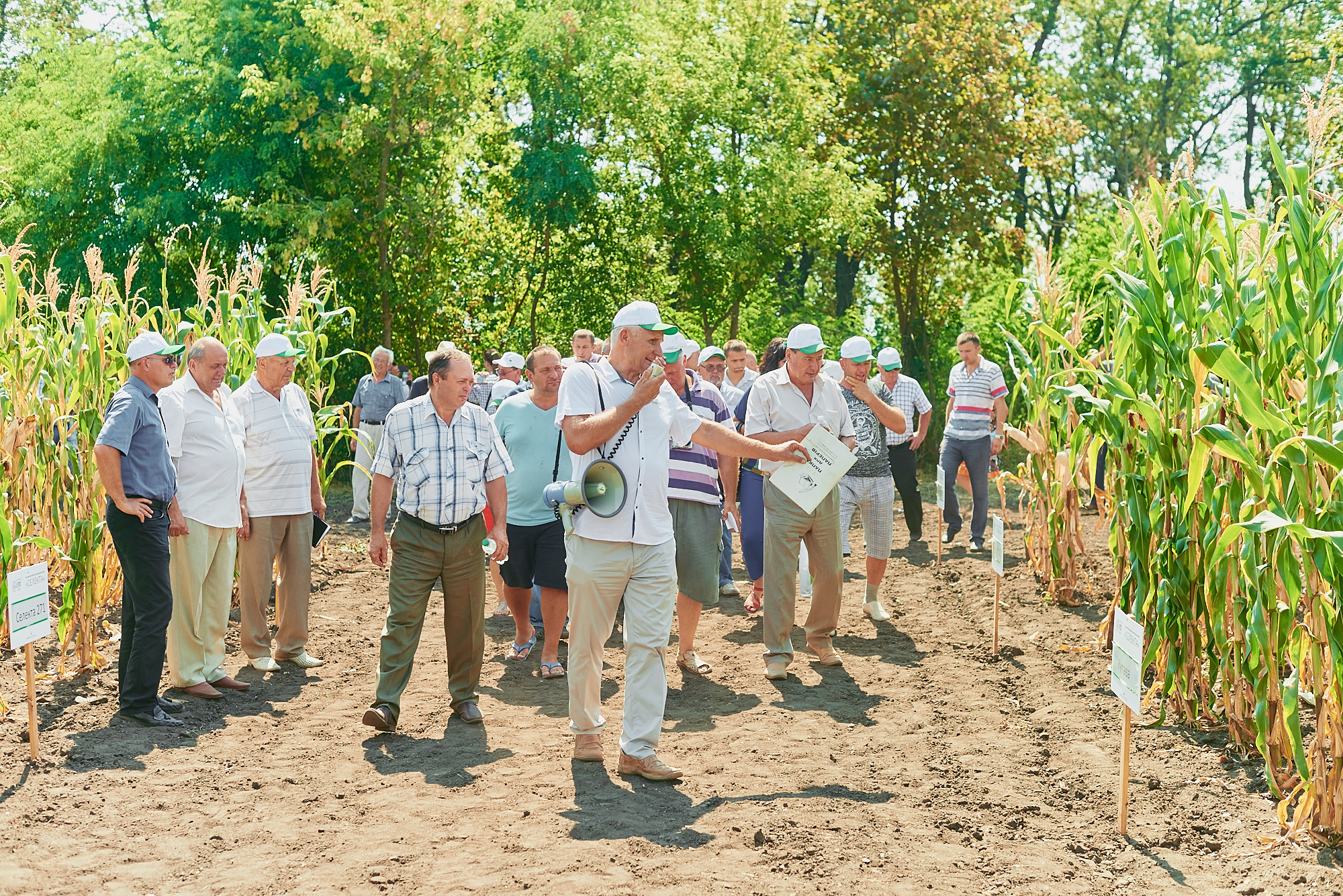 The Limited liability company Scientific and Production Commercial Firm “Selekta” held its annual Day of Field, at which it gathered interested supporters of corn growing. This culture, according to general opinion, is becoming increasingly risky for growing in our Steppe zone.

And weather conditions of this year became that acknowledgement, after all even in day of carrying out of measure the column of thermometer in the open air considerably exceeded a mark of 40ºС.

The purpose of the current Day of Field was not only a demonstration of selective developments and achievements, but also the presentation of a new Selekta Seeds trademark and an overview of new maize hybrids. 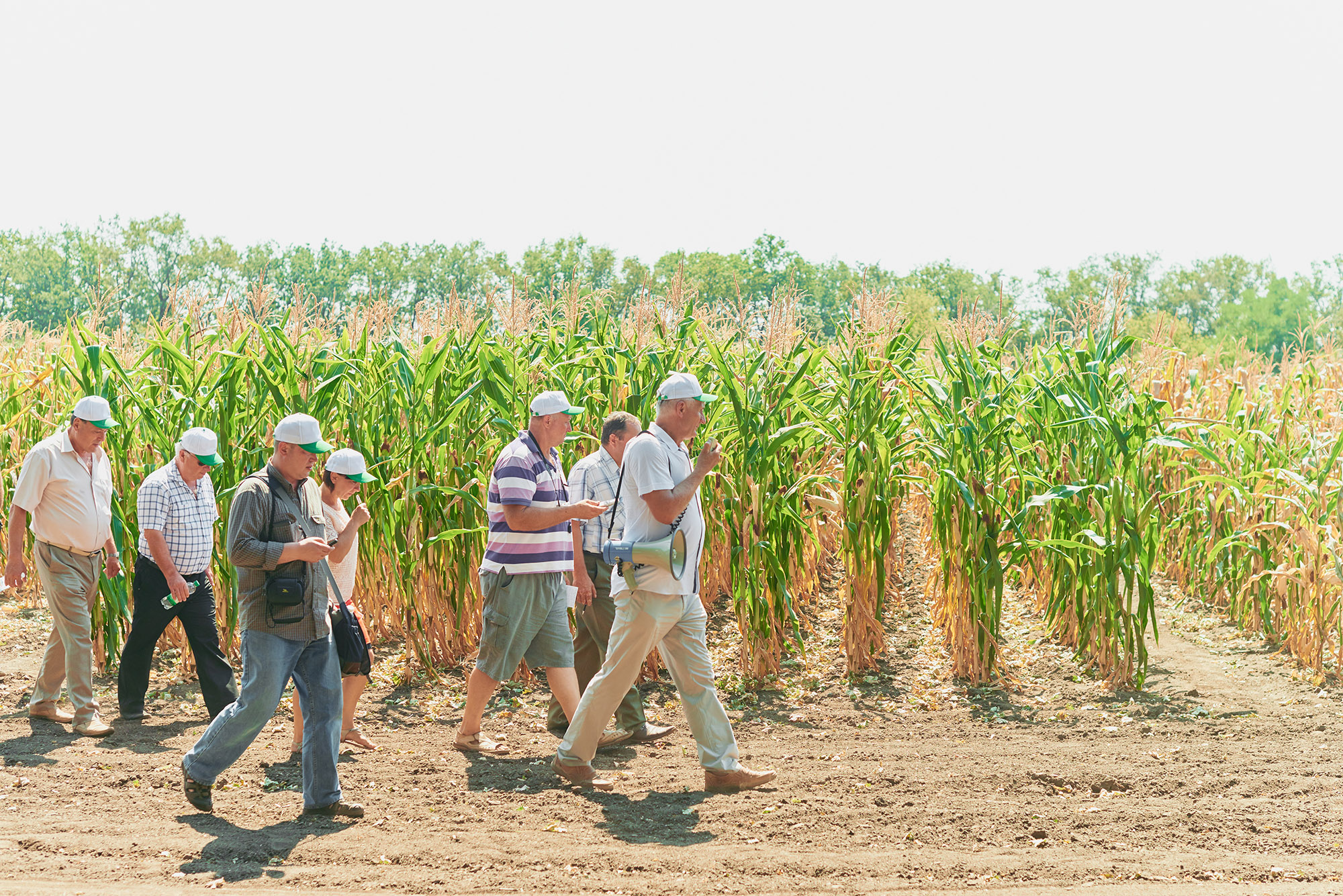 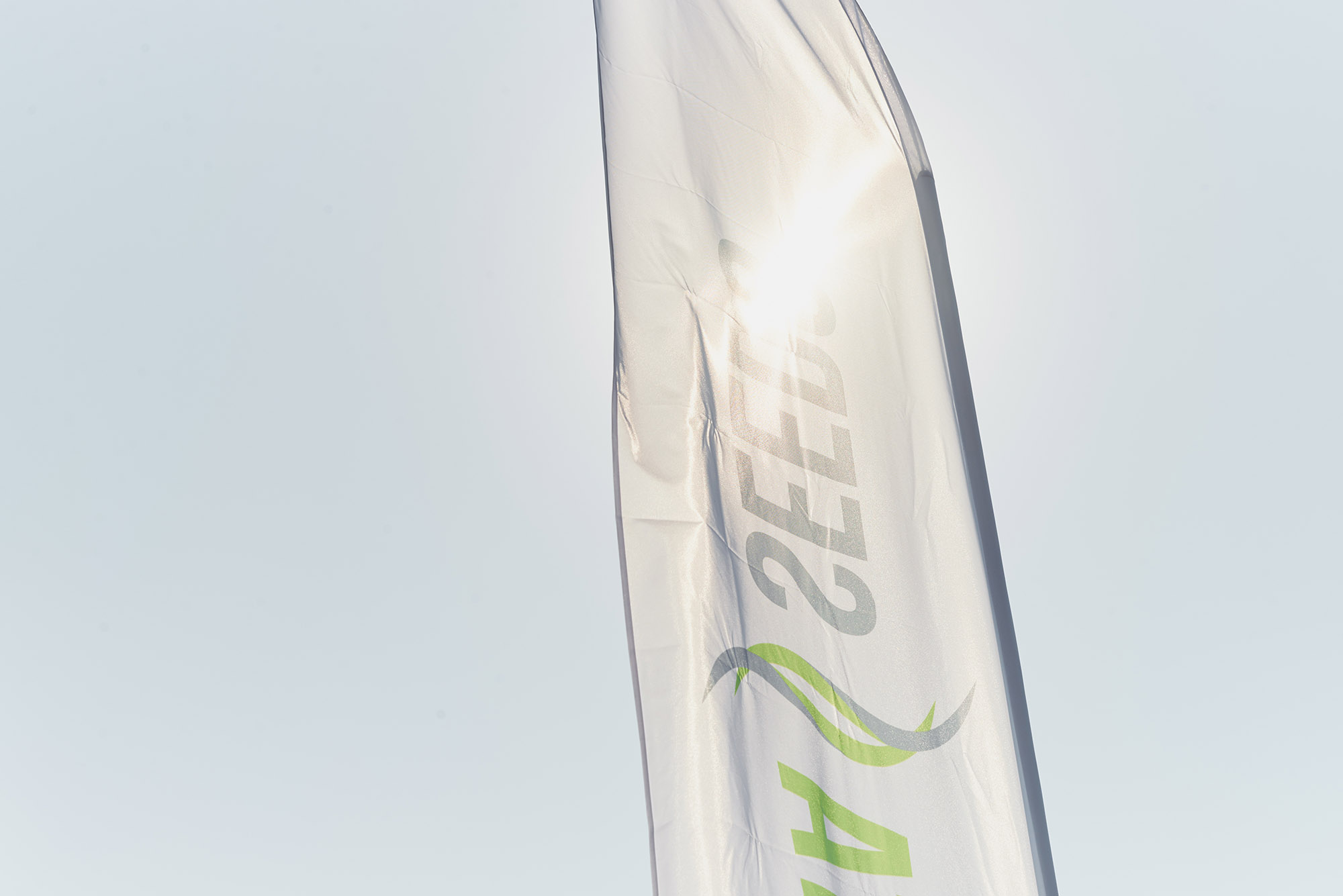 Participants of the event – managers and specialists of agricultural enterprises of Ukraine, representatives of the local authorities had an opportunity to get acquainted not only with the well-known drought-resistant and heat-resistant hybrids of maize МEL 272 МV, Lyuvena, Poltava and ТАP 349 МV, but also with the latest developments of the Company “Selekta” in the field of domestic selection – middle-early hybrids of maize Legenda (FAO 290), Serenada (FAO 280) and Credo (FAO 260), united under the trademark Selekta Seeds.

The leading breeder of the company Melnik Vitalii Yakovlevich explained, that the hybrids of selection of LLC Scientific and Production Commercial Firm “Selekta” presented at the Day of Field are well adapted to different soil and climatic conditions of Ukraine, at the same time, each of them has its own peculiarities.

MEL 272 MV is the middle-early hybrid of maize (FAO 250), which is used to produce a high corn crop with low grain moisture during of maturation. The peculiarity of this hybrid is that it gives dry grain at the time of harvesting throughout the territory of Ukraine. It is recommended for sowing, both for the best, and for the worst predecessors.

Lyuvena is a middle-early hybrid of maize (FAO 260), which is used to produce the high corn crop with low grain moisture during maturation throughout the territory Ukraine. It is characterized by high crop stability over the years. It is recommended for sowing, both for the best, and for the worst predecessors.

Poltava (the leader of sales at 2014-2016) is the middle-early hybrid of maize of intensive   type (FAO 270), which is highly resistant to diseases and pests, high resistance to short-term cooling, combines high drought resistance with high yield potential when growing in the eastern, the southern and the central regions of Ukraine. Poltava responds well to improving the conditions of growing (predecessors, fertilizers, irrigation).

The hybrid is characterized by record resistance to lodging and is the best hybrid of maize, fully adapted to growing under the conditions of abnormal Ukrainian drought.

TAP 349 MV is the middle-early hybrid of maize (FAO 290), which is grown in all soil and climatic zones of Ukraine. This hybrid of maize is the most productive in its ripening group, it is characterized by high drought resistance, tallness and resistance to lodging. TAP 349 MV can also be used for silage growing. 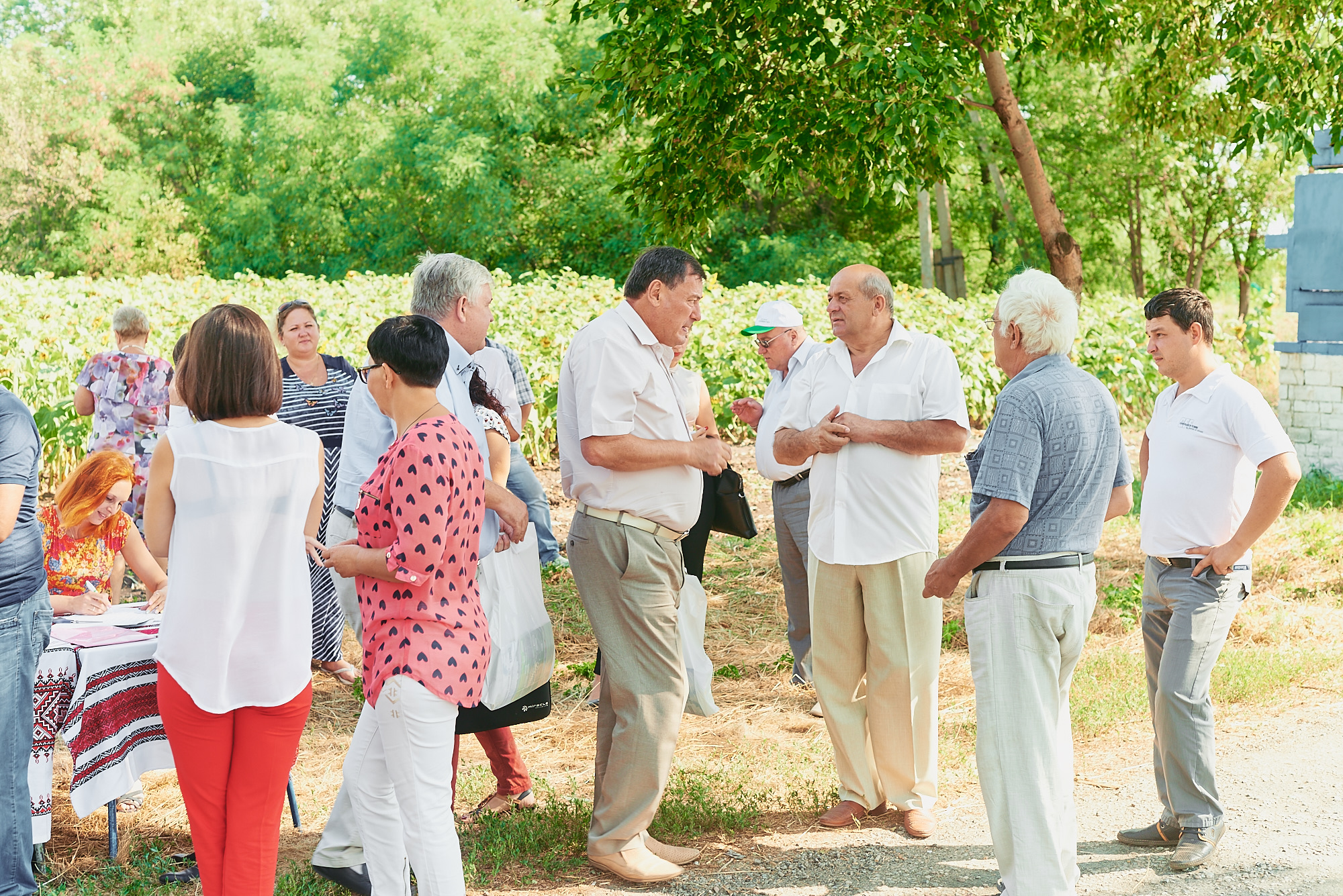 The “highlight/raisin” of the Day of Field 2016 was the presentation of drought-resistant and heat-resistant middle-early hybrids of maize Legenda, Serenada and Credo, united under the trademark Selekta Seeds.

The uniqueness of the aforementioned hybrids of maize is that they are able to form a high yield of grain and green mass in conditions of abnormal drought due to a powerful root system, relatively low moisture transpiration of leaves, high resistance to lodging, diseases and pests.

Thus, Credo is a simple middle-early hybrid of maize (FAO 260), which is distinguished by high drought resistance, rapid initial growth and rapid loss of moisture by grain during maturation. It is grown in all soil and climatic zones of Ukraine.

Legenda is a simple middle-early hybrid of maize (FAO 290), which meets all the world criteria according to economically valuable characteristics, as a result of which it will provide for agrarians the obtaining of the maximum grain yield (up to 220 centners / ha) with low grain moisture during maturation. The hybrid is also characterized by high heat – resistance and drought – resistance, high leveling of plants, filling of cobs and high cob attachment, which significantly reduces the loss of grain during harvesting. 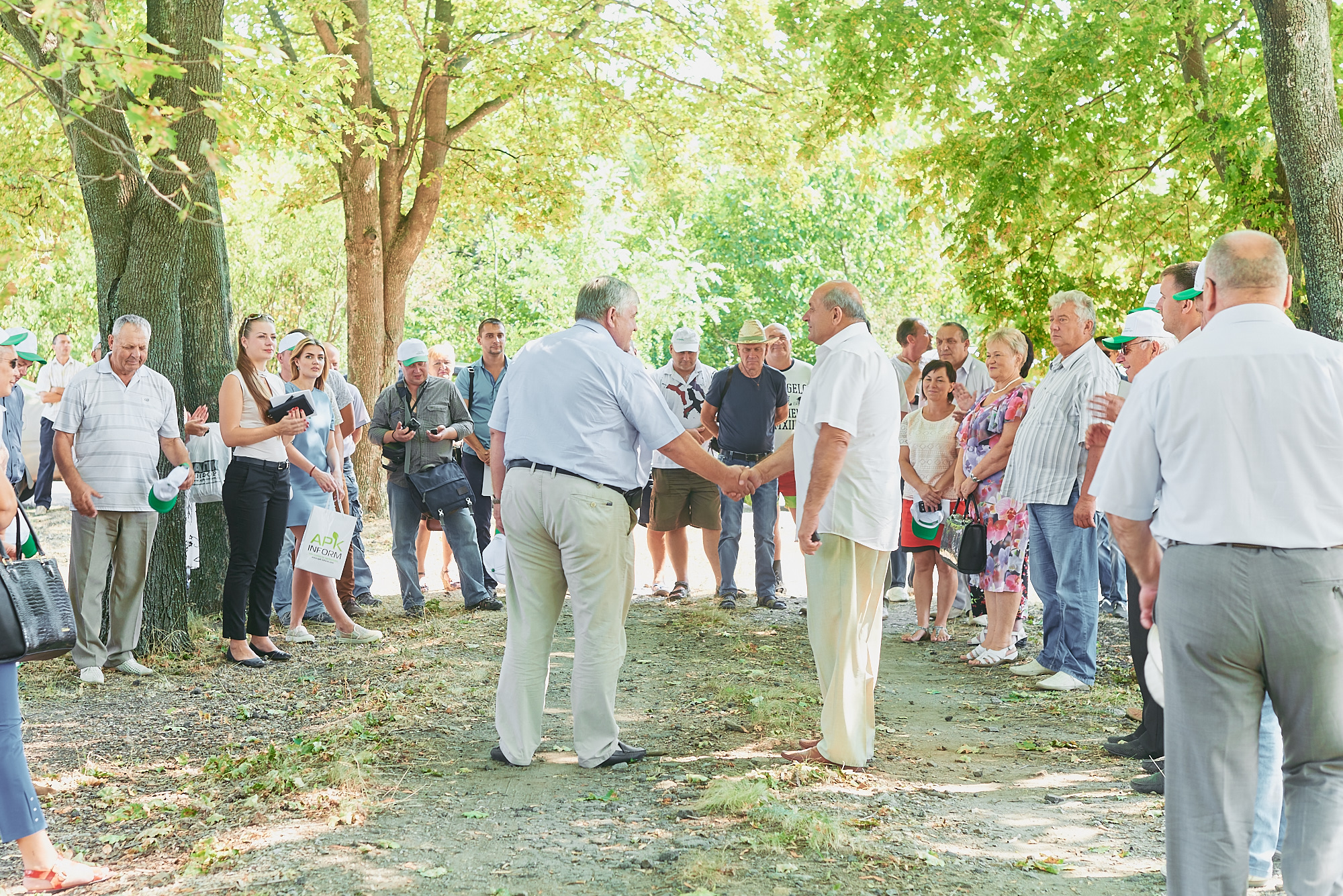 In 2016 LLC Scientific and Production Commercial Firm “Selekta” started growing the above-mentioned drought-resistant and heat-resistant maize hybrids, and by the end of 2016 – early 2017 Ukrainian agrarians will be able to purchase the seeds of the above-mentioned maize hybrids that will not only withstand the modern Ukrainian heat, but also provide farmers with high yields of maize. 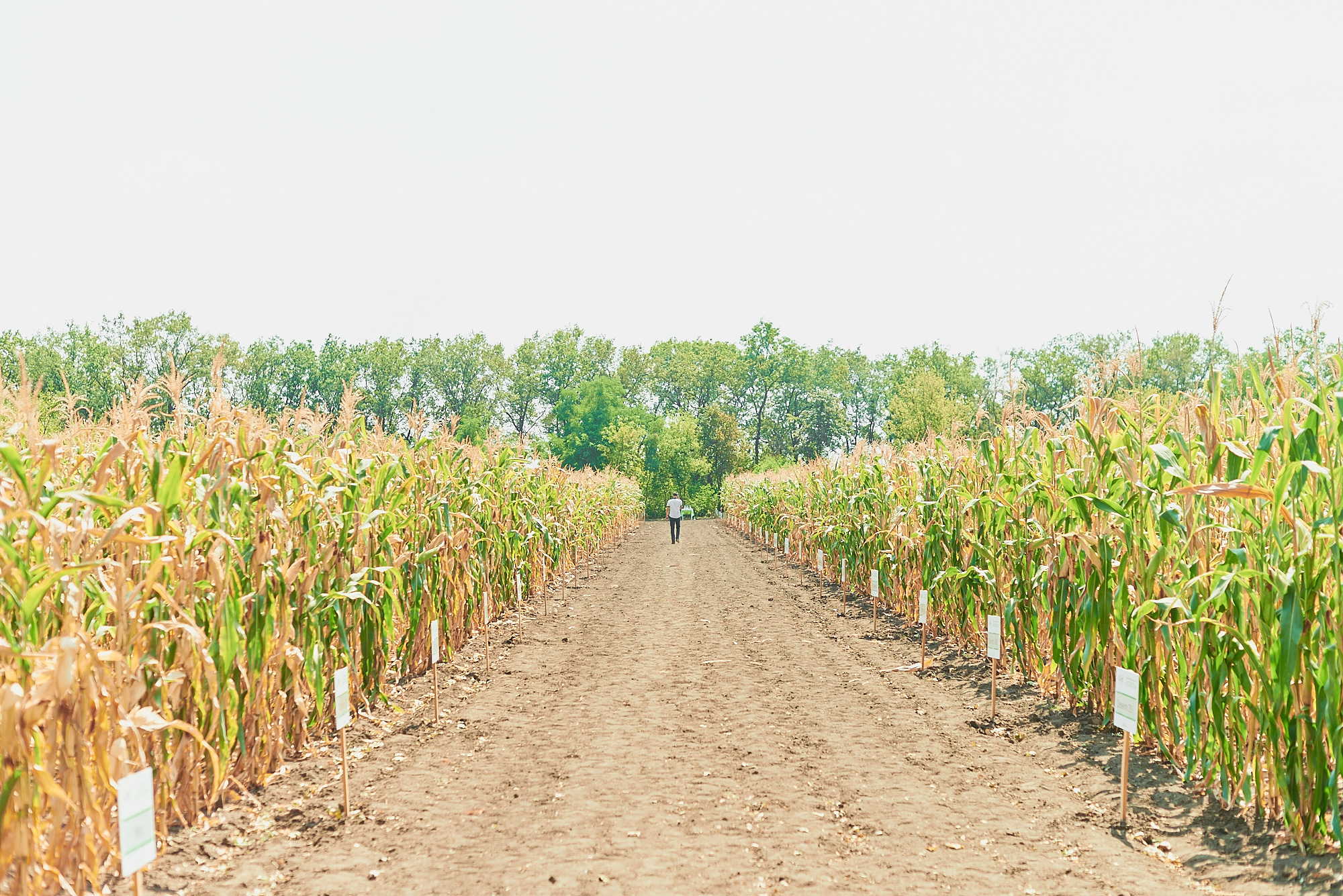